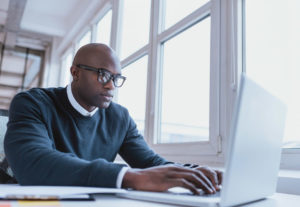 Facebook is a powerful tool for finding defendants, depending on the individual’s privacy settings. In most cases, you can find an individual’s Facebook page with a basic search. Generally, that person’s location will also be visible, letting you know what city you should be looking in. If the privacy settings are just right, the process server can even see where that person works.

Facebook is just one way that process servers are using the internet to facilitate service. Other social media accounts, email accounts, and places of business are becoming easier to find with a simple Google search. The most effective process servers also have access to public records and other databases and applications to track down defendants.

One of the most surprising things about the Facebook era is that digital service appears to be just around the corner. Some states and counties have allowed for service via email when in-person service proves to be impossible. A judge in New York is taking that to the next level.

In April of 2015, a New York judge authorized service of divorce papers entirely on Facebook. The service was facilitated through Facebook Messenger in a private message. It may seem absurd to serve process over social media, but in reality, it is no different than some of the other antiquated means of process service such as service by publication.

If you are looking for a process server who can utilize Facebook and other Internet tools to facilitate service quickly, we can help. Contact us today for more information.